Tonight, she’s dreamt about it and hasn’t been able to get back to sleep. A clammy, never-ending dream that slipped into her like a breath of warm air. Adèle can’t think about anything else any longer.

She gets up and drinks a very strong coffee in the sleeping household. Standing in the kitchen, she rocks from one foot to the other. She smokes a cigarette. In the shower, she has an urge to scratch herself, to rip her body in half. She slams her head against the wall. She wants someone to grab her and to break her skull against the glass. As soon as she closes her eyes, she hears noises, sighs, screams and blows. […] She wants to be a doll in the garden of the ogre.

Dans le Jardin de l’Ogre (In the Garden of the Ogre), won a literary prize awarded by La Mamounia, a luxury hotel in Morocco, when it came out in 2014.

You can read more about the novel here.

It’s written by Leïla Slimani. Born in Morocco to a French-Algerian mother and a Moroccan father, Slimani moved to France as a teenager. She studied acting at the Cours Florent school in Paris before working for the magazine Jeune Afrique (Young Africa), where she started her career in journalism. 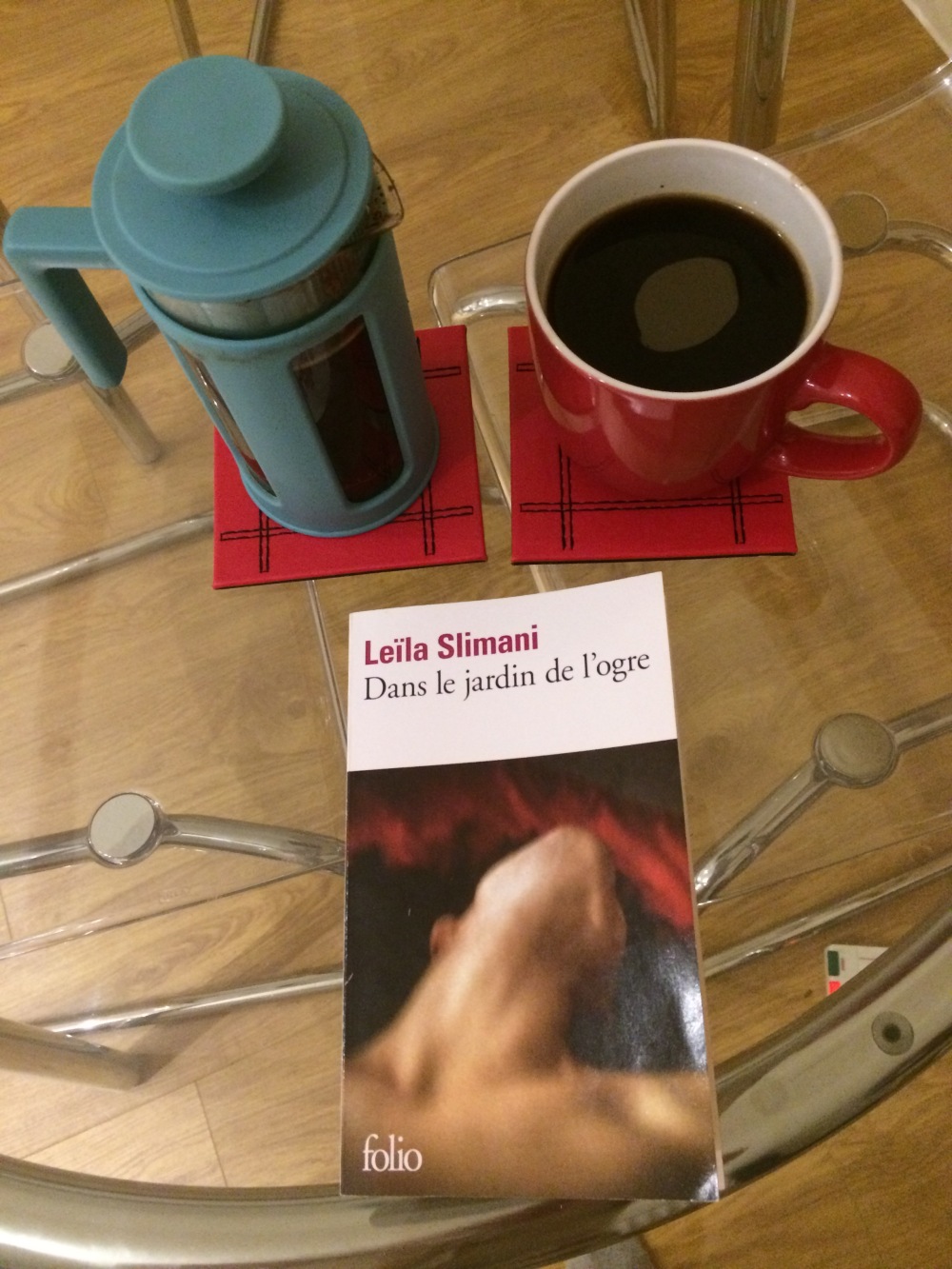 What is the main storyline:

To the outside world, Adèle Robinson has an enviable lifestyle. She works as a journalist and owns an apartment in the ‘nice part of the 18th arrondissement’ in Paris, her husband Richard ‘makes a good living’ from his work as a doctor and together they have a young son, Lucien.

Adèle’s colleagues see her, in fact, as a ‘disdainful little princess with a well-ordered little life’. But what they don’t know is that she is extremely unhappy.

For Adèle, life is ‘limited, hopeless, inadequate’. She has grown to hate her job, and does not feel as if she has much in common with her colleagues. Apart from the straight-talking and dependable Lauren, a photographer who she met on a press trip in Africa, she has no other friends.

Adèle finds no pleasure either in her family life. We discover that she married and had a child ‘in order to find her place in the world and to protect herself from being different to everyone else’.

Slimani writes that ‘[Adèle] had convinced herself that being a mother was the only way to escape her feeling of discontentment’ and that ‘she had created this child in the mad hope that it would do her good’. After Adèle’s son is born, she experiences a rush of ‘intense’ love for him which, ‘despite everything’, she feels, ‘is not enough’.

The unhappiness and dissatisfaction that Adèle feels with her home and work lives is only the tip of the iceberg. She also has recurrent feelings of paranoia, unease and anxiety for which, often, no explanation is given.

To forget her dissatisfaction and unhappiness, she leads a double existence. After finishing work, she goes out to meet other men. These encounters can begin anywhere: at a dinner party, in a hotel nightclub in Mali, in a Madrid hotel whilst on a business trip or at an office Christmas party. But no matter where – or with whom – these encounters take place, Adèle neither seeks nor receives intimacy or companionship from them.

Slimani sketches out these meetings in an unsentimental and objective prose that fully brings out the emotionless and perfunctory nature of Adèle’s affairs. They take place, more often than not, in silence which is only interrupted once when Adèle asks the man that she is with not to talk to her.

During one encounter, Adèle feels that ‘her soul is less heavy’ and ‘her mind is emptied’, while during another, ‘the magic became more diluted [as] a joyous drunkenness made way for nausea.’ These suggestions are just two of many that are offered up to the reader to give an insight into what Slimani’s protagonist seeks and why, as well as the eventual consequences of her actions as they gradually unfold over the course of the novel. 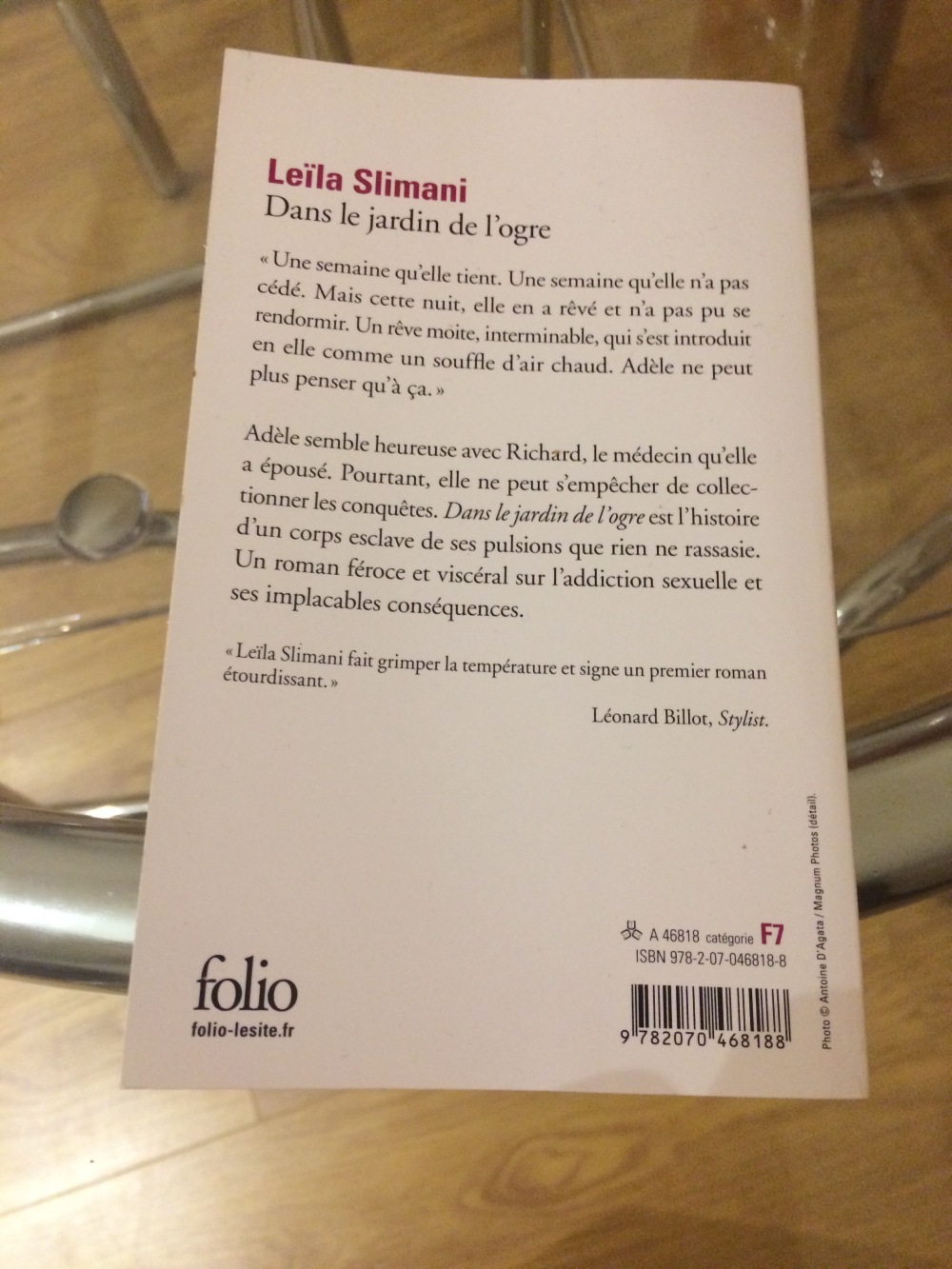 Why you should read it:

One of the reasons why Leïla Slimani’s novel is so cleverly constructed is the way that she weaves in original perspectives with allusions to classic literature.

In an interview with The Irish Times, she explained that the idea for the novel came to her in early 2011, whilst the arrest of former IMF chairman Dominique Strauss-Kahn was being shown on the news. Strauss-Kahn was suspected of sexually assaulting a chambermaid at a New York hotel, and there was also media speculation at the time that he had a sex addiction. Slimani realised that none of the media’s accounts of sexual addiction featured women, which led her to research female experiences of the condition and to create Adèle Robinson, the protagonist of her début novel.

Adèle’s character is not only inspired by what happened in New York six years ago, but also by classic literary (anti-)heroines such as Leo Tolstoy’s Anna Karenina and Gustave Flaubert’s Emma Bovary.

A further similarity to Madame Bovary is the impressively skilful style used by Slimani. Whilst her matter-of-fact prose ensures that her characters and the events that they are involved in are always the focus of her novel, rather than the language that she uses, she still succeeds in conveying their stories with pathos and sympathy. Like Flaubert, she also keeps a neutral distance from her characters and uses a style that author Douglas Kennedy defines as ‘very clinical’ and ‘void of moralising’.

Again, like the characters in classic novels such as Anna Karenina and Madame Bovary, those in Dans le Jardin de l’Ogre are complex and credible creations, fully fleshed-out by Slimani. Adèle’s husband Richard, for instance, is not presented merely as a cuckolded husband but as a kind and well-intentioned man who, like his wife, is vulnerable and also fallible. Adèle and Richard’s parents also make appearances, during the couple’s annual Christmas and New Year visits to their respective families, which also throws more light on the possible root of Adèle’s unhappiness.

Most impressively of all, perhaps, is the way in which Slimani writes about sex addiction, the focus of her novel. A taboo subject in her native Morocco, it is handled masterfully by her as she alternates between confronting it head-on and deliberately alluding to it as if to comment on its status as a topic that remains, in a sense, as off-limits and unmentionable as in the time of Flaubert and Tolstoy. 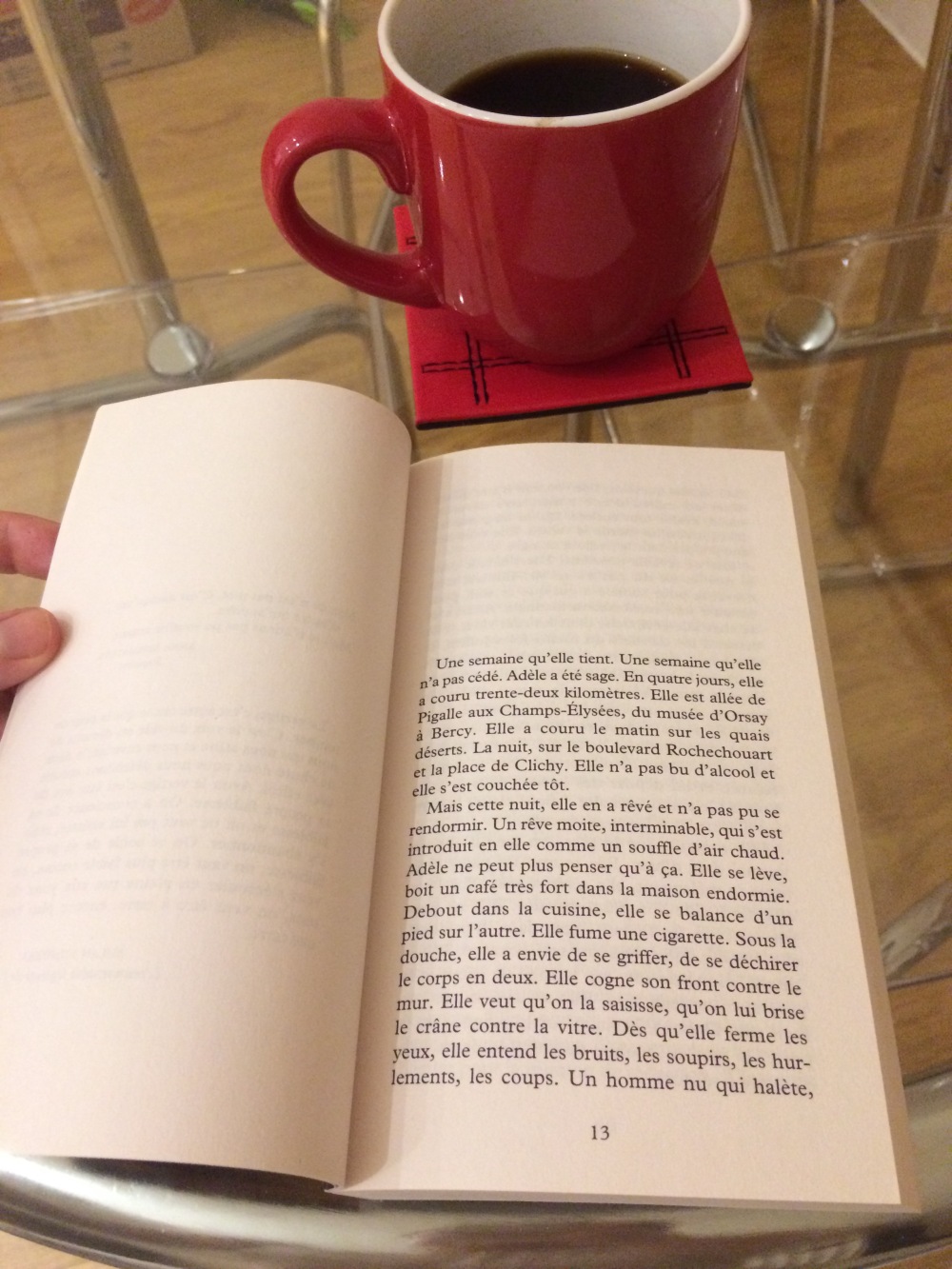 How about you – have you read Dans Le Jardin de l’Ogre, or anything else by Leïla Slimani?

What are your favourite French novels?

For more reviews of French books on my blog, have a look here.