A couple of nights ago, I saw that BBC4 were going to show Disparue, a new French TV drama. It’s been released here under the title The Disappearance.

The BBC had previously shown the brilliant Engrenages (known in the UK as Spiral), so I was looking forward to seeing how this new series would compare.

Based on the Spanish police drama Desaparecida, the French series focuses on the disappearance of Léa Morel, and its effects on her relatives and friends. 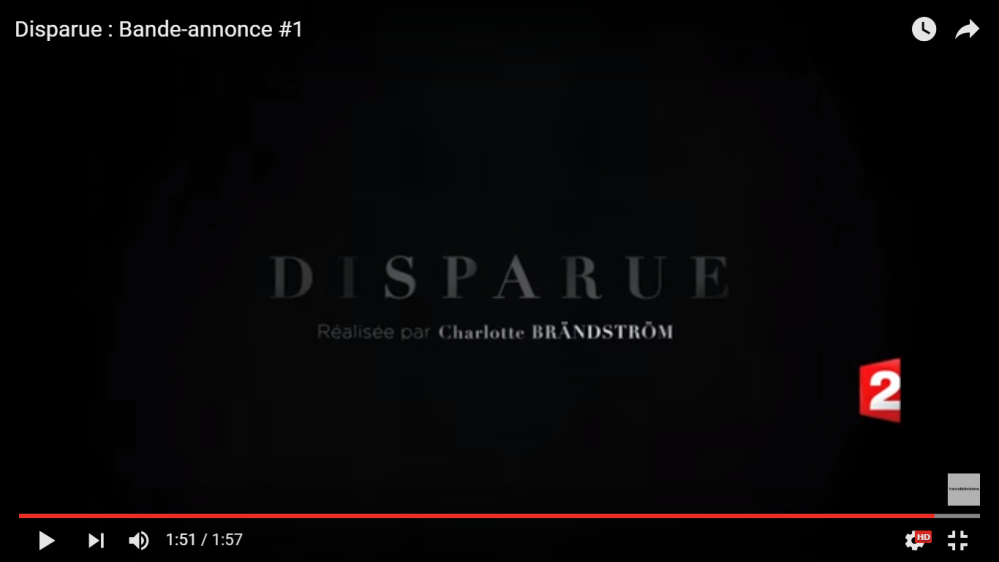 Léa is about to celebrate her seventeenth birthday as the first episode begins, and we see her laughing as she spends time with her girlfriends in the opening scenes.

As her family sorts out the last-minute arrangements for her party, there’s a lovely laidback dynamic while they prepare to celebrate what should be a fun occasion.

Later that afternoon, Léa goes out into town to celebrate and finds a group of her friends waiting for her. Together, they drink, dance and pose for silly photos while she opens her presents. The plan is then to go to a concert and a club, where Léa’s brother will bring her back home.

They head to a local park for the concert, organised as part of the Fête de la Musique, an all-day music event held in cities across France in late June.

At this point, the mood is still one of excitement – crowds of carefree teenagers are dancing and singing along to a band playing on an outdoor stage

But it is here where everything starts to go wrong.

The next scene shows Léa’s mother Florence waking up after drifting off on the sofa at home. After seeing the time, she starts to panic as she realises her daughter is still not back from the concert.

She hears the front door open and instantly relaxes, only to then see her adult son come in without his sister.

Barely managing to sleep when she knows that her daughter has not returned home, Florence wakes up early the next morning to call Léa’s friends, anxious to find out where she could be.

As the hours and days pass since the disappearance, Léa’s mother – along with her husband Julien – start finding out things about their daughter that had been kept secret from them.

Different family members blame each other for not keeping Léa safe, turning their once untroubled family life into one founded on tension and guilt.

The second episode in the double bill picks up where the first one left off, starting with the uneasy, oppressive atmosphere found in the final scenes of the opening episode.

As both parents do their best to put a brave face for Léa’s brother and sister, the strain is at times too much for the family to bear.

Julien becomes a key suspect in the case, and Florence has upsettingly vivid nightmares which play on her worst fears of what Léa could be going through.

The series was extremely successful when it was broadcast in France last year, and looks like it’ll have a similarly positive reception in the UK.

It’s been fast-moving and exciting so far, with plenty of intriguing snippets of new information to keep the tension building across both episodes.

The second episode ended on an unexpected and ambiguous cliffhanger, leaving lots of potential theories and storylines to be explored in the six episodes still to come.

Did you watch the first two episodes of Disparue last week?

If you saw them or if you’re planning to watch them, I’d love to hear from you! 🙂